Throughout the world there is a commonality in the way relationships are formed; the academics Pollock and Van Recken loosely identified five stages. The Superficial Level is identified by chit-chat or small talk, asking questions such as How are you? Where are you from? Or sticking with safe topics like the weather. The Still Safe Level keeps to safe topics such as asking where someone went on holiday or referring to news headlines. At the third, or Judgemental Level, we begin to open up more and offer our opinions on topics such as religion or politics, essentially allowing others to disagree and comment. Then on the Emotional Level we share how we are feeling about life and ourselves. For example, we could be feeling sad, happy, or frustrated with the world. Finally, at the Disclosure Level, engagement requires us to be honest and vulnerable at the same time. We share deep feelings, private thoughts, painful experiences and failures, and to confess our inner dreams and hopes. This sharing creates an intimacy, an intimacy which is often just shared with a select few people in our lives. Some people are not lucky enough to find these people.

A common complaint among the TCK community, especially when they re-enter their home country, is they find that communication tends to be predominantly stuck in stages one and two as described above. This ‘shallow talk’ often frustrates the TCK and they start to question why people do not have opinions or don’t have a clue (or an interest) about what is happening in the outside world. Of course, these stages are culturally dependent too, some cultures easily skip stages one and two and dive straight into three, four, and even five. New encounters in some cultures can be treated as meeting up with a long-lost relative, while others take their time to go through the stages cautiously and carefully. Some cultures may not consider it any more ‘intimate’ to talk about political views than the weather. For some reason, the TCK is likely to feel more comfortable jumping into deeper, meatier topics while skipping or rushing through the basic initial relationship forming stages.

What possible reasons are there to explain why TCKs often prefer to dive into deeper conversations?

Previous Practice. TCKs have had plenty of practise forming new relationships, therefore they feel comfortable observing the dynamics of conversation and cultural cues while asking appropriate questions to open the ‘relationship’ door. They are equally able to respond appropriately and maintain momentum.

Content. The rich and diverse experience of the TCK lifestyle helps them to contribute with ease in most social situations. They share and shed light on topics from first-hand experience.

Sense of Urgency. A sense of urgency often accompanies the TCK, as they are never quite sure when they will be moving on. So, to skip or rush through stages one and two, diving straight into meaningful conversation would seem natural, if not imperative to not waste time and quickly find space for a more meaningful and enjoyable relationship.

Mary Edwards Wertsch discussed this sense of urgency in ‘Military Brats’ as ‘Forced Extroversion’ something that the military lifestyle encourages as there is not enough time to make friends. She observes that a common technique to break into a new group is ‘confessional impulse’ when a new relationship is approached directly through stages four and five.  Disclosing family ‘secrets’ seems to be quite common in this regard. These confessions send a strong signal of wanting to make new friends and Wertsch records disclosure being met with equal disclosures from other group members.  She suggests that military ‘brats’ are more likely to disclose more personal information more readily than their civilian counterparts as they will not be around ‘long enough’ to be concerned about any consequences.

The plunge directly into levels four and five is often very confusing for non-TCKs. It is often misread as a deeper connection than it is actually intended. An example illustrating this is from an incident at a youth camp, where a number of TCK boys engaged with a group of non-TCK girls at their usual comfortable levels of four and five. After a week, the group of girls approached the coordinator of the camp confused and trying to work out the mixed messages that they felt they were receiving from the boys. But there were not any mixed messages as far as the boys were concerned, who were devastated to learn that the depth of levels four and five had been interpreted by the girls as ‘I am interested in you’ while the boys were just being friendly. The girls were confused and angry at themselves and the boys for making them believe that there was something ‘more’ to the relationship than friendship and the boys were left surprised and equally confused. 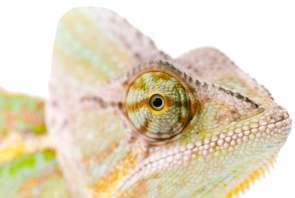