TCKs who were raised within the subculture of their parents’ sponsoring organisation may find they have a few more aspects to consider when it comes to developing and clarifying their sense of identity. An often well-defined structure of their parents’ community is an extra layer that the TCK has to navigate in their process of their developmental.

Living within a structured system can have both benefits and challenges for the TCK. A defined and tight social system often becomes more than just something to which one adheres; many might consider it an extension of their immediate family. It offers all the material support that ‘good parents’ are expected to provide, such as security, housing, and paid travel. But often it comes with its own strict behavioural code too.

In a well-defined subculture there is an opportunity for TCKs to develop a really strong sense of belonging. Indeed, because there exist clear distinctions between those who belong and those who do not, it is critical to do so. Some individuals feel extremely comfortable and secure in these environments and may struggle to feel a similarly strong sense of belonging if they are away from the community, however, others may feel choked by its confines.

TCKs growing up in a defined system know only too well the expectations that the system has on them. Going against the system can disgrace the individual and the whole family. The system is so powerful that sometimes its rules supersede those of the family.  This can result in anger towards an apparently overly-structured and suffocating system, which in the individual’s view has curtailed their freedom. Because it is also perceived to have dictated their parents’ lives by deciding where they must live, for how long, what school they go to, and how to behave, this can have a profound affect. Some go on to say that the sponsoring organisation ruined their lives, so deeply have they been affected.

The possible reasons why some individuals embrace the system while others fight it are immensely complex and must be analysed on an entirely individual basis. Having studied the issue, B. H. Knuckles identifies four basic categories of how TCKs might relate to the system they were raised in, based on their own perspectives and their own individual characteristics:

The TCK who fits. Here the TCK effortlessly slips into the defined system. Their personality and interests are aligned with its structure and expectations and the system does not clash with how they think, what they like, and what they want to do or most essentially who they are by nature.

The TCK who does not fit but tries to conform. Others find it more difficult to aligning themselves to the system. Over time they have learnt not to question, or share their true feelings and desires as this is conceived as undesirable and not conforming. They are unable to explore their own true identity and may believe it is shameful to do so. They try harder and harder to conform but bit by bit they lose their own true identity. This group of people often gets so sucked into the system, losing or not discovering their true identity, they eventually can become stiff and unable to function outside that well defined structure. They rely on it to survive, and it holds them together.

The TCK who does not quite fit the system but doesn’t realise (but also doesn’t seem to mind). These individuals go about their business as they see fit. They don’t necessarily rebel, be disruptive, or need to be seen as different, but they are liable to do the things they want to do and in their own way. They do not mind that that may be different to their peers and will happily join in if it is something that interests them on their own terms. Perhaps they possess an inner security to be independent because they have been fortunate enough to have had the basic needs of relationships and belonging met early on in life within their family or it could simply be their personality traits. Either way, they operate from who they are rather than allowing the external environment to shape and define them.

A TCK who does not fit the system, knows they don’t, and spends years of their life trying to prove it. Funnily enough this group often believe they belong to the group immediately above. Early on they have probably discovered that they do not fit or parts of them do not seem to fit. Each time they encounter an obstacle – for example when they ask questions and get the unsatisfactory answer ‘because I say so’ instead of a more appropriate explanation – they become more disenchanted with the whole system that they want to distance themselves completely from it and what it stands for. The irony here is that the outwardly rebellious TCK frequently gets their identity from the system that they are wholeheartedly rejecting.

It is important to point out that systems are not a bad thing and to be part of one is not a bad thing either.  Organisations play a fundamental role in organising a community into functional groups, usually for the purpose of accomplishing a shared goal. We are able to relate to it, share it, be part of it, and have some of our needs met by it, however, it does not entirely define who we really are. It may help the TCK or ATCK if they are able to see where they fit into the basic categories above, always keeping in mind they can borrow parts of the system that fits personally with them and reject the parts that do not. They do not have to fit neatly into the entirety of the system.

In conclusion, community-structured TCKs’ identity and development challenges are interwoven with great benefits. For many TCKs the development of self-identity and purpose seems a struggle but they often emerge with a very secure set of values in comparison to those who are not faced with such questions to the same extent. Intellectually TCKs have the advantage of wide philosophical, political and social experience. The diversity of the world that TCKs intrinsically understand is fascinating and exciting and provides for a richness that overcomes the challenges of growing up as a TCK. 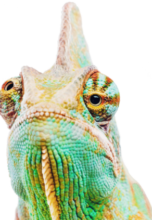